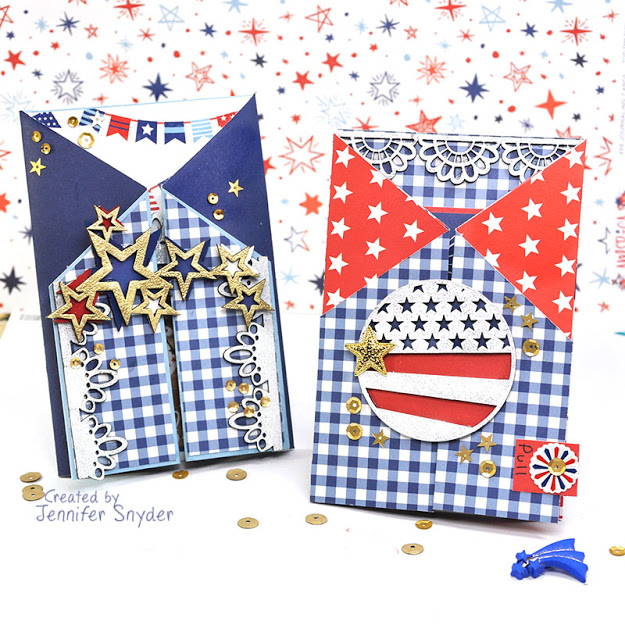 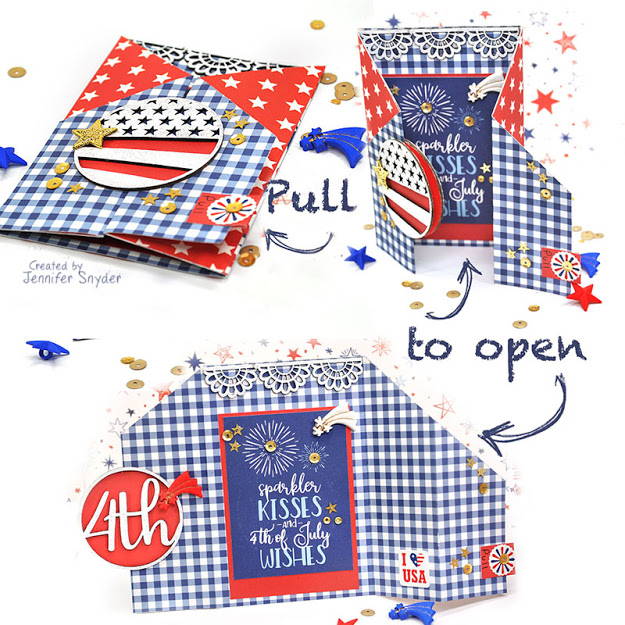 The first patriotic card  is a modified tri-fold card I learned from a friend who is rather crafty herself.  Thanks Billie!
I used the Creative Embellishments - 4th of July ATC (Artist trading Coins) Set set as a decorative piece to hold the card closed.
First I backed the coin with cardstock to provide added support and strengthen.  Next,
Iglued half of the chipboard coin to the card and let the other halfstick out.  next I glued a second coin to the inside of the card but didnot glue the coins together.
They formed a cool little pocket for sliding the end of the card and holding in place as seen in the image below.
I also added a "pull tab" along the edge of the card to let the recipient know how to open the card. 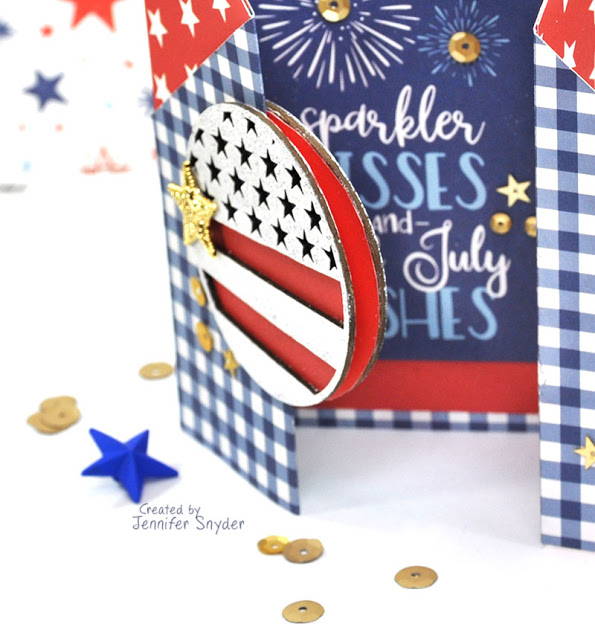 This image shows the pull tab on thebottom right side of the card, along with a shot of the double ATCchipboard pieces to hold the card closed.
Additionally,  Creative Embellishments - Lace Border 6 was heat set with  Super Fine white embossing power and adds a great decorative "bunting" look to the card - keeping with the theme. 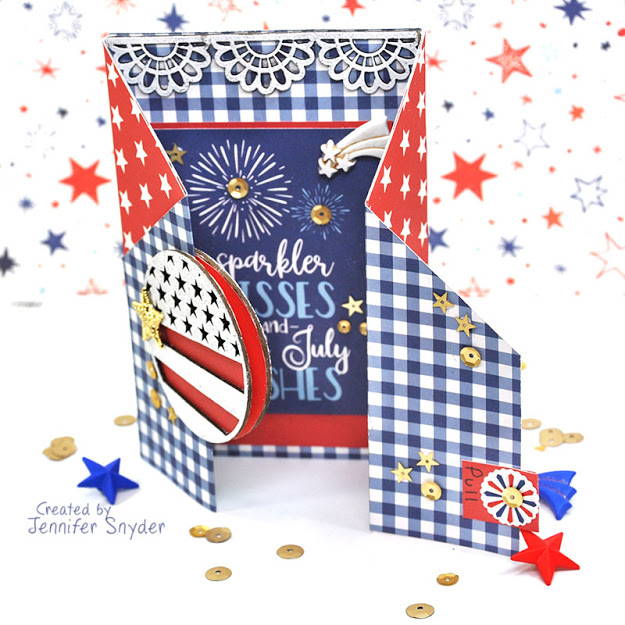 Needsome quick accents to give your projects a finished look and feel?  3Dbuttons, sequins and shaker mix make for great sprinkles of accent.

The cards are embellished with some fabulous 3D finishing touches from Buttons Galore and More including Buttons Galore's Stars Stripes Themed 3D Buttons,  Gold Star 3D Buttons , and Golden sequin mix .  These make for quick, easy and fun accents to cards, home decor projects, and just about anything. 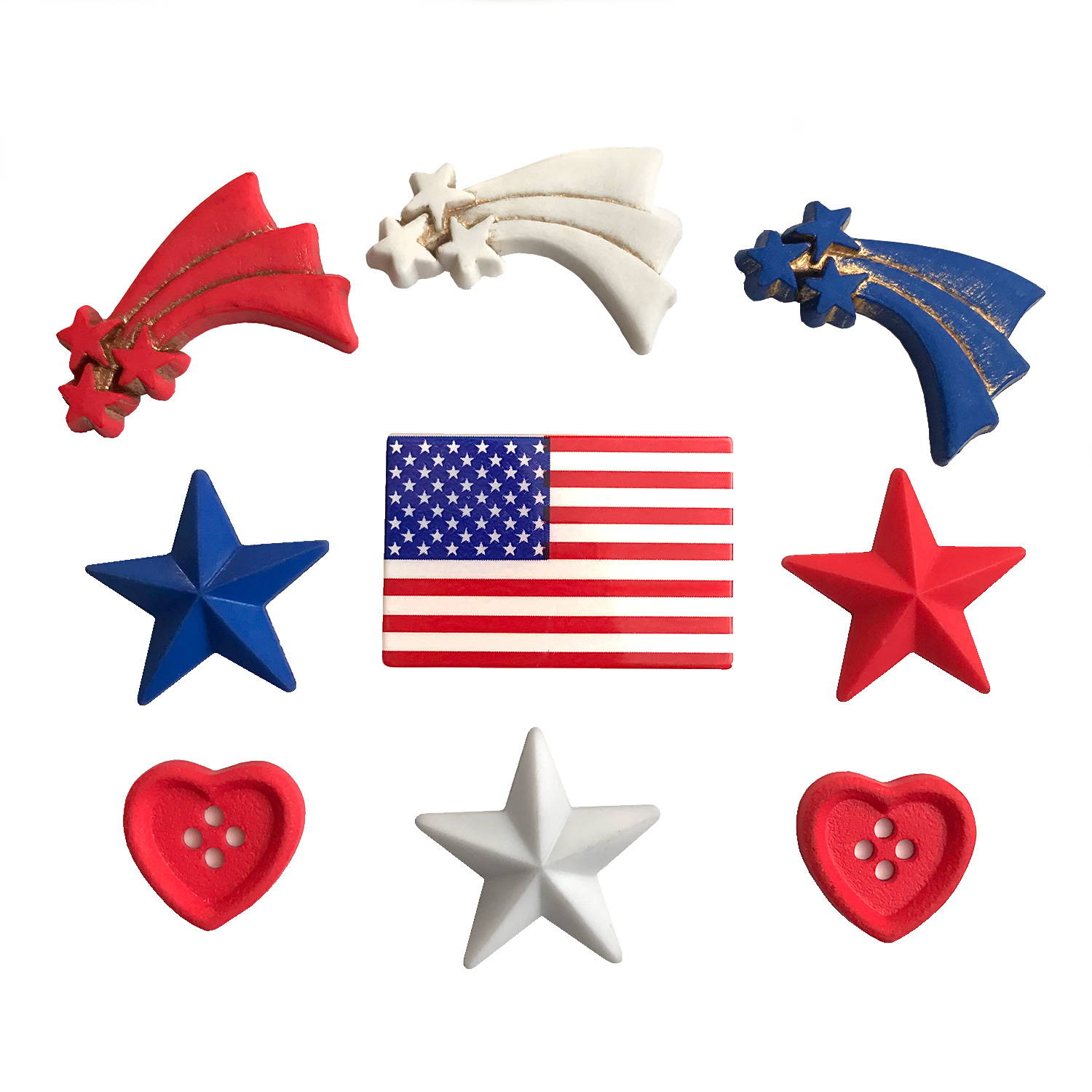 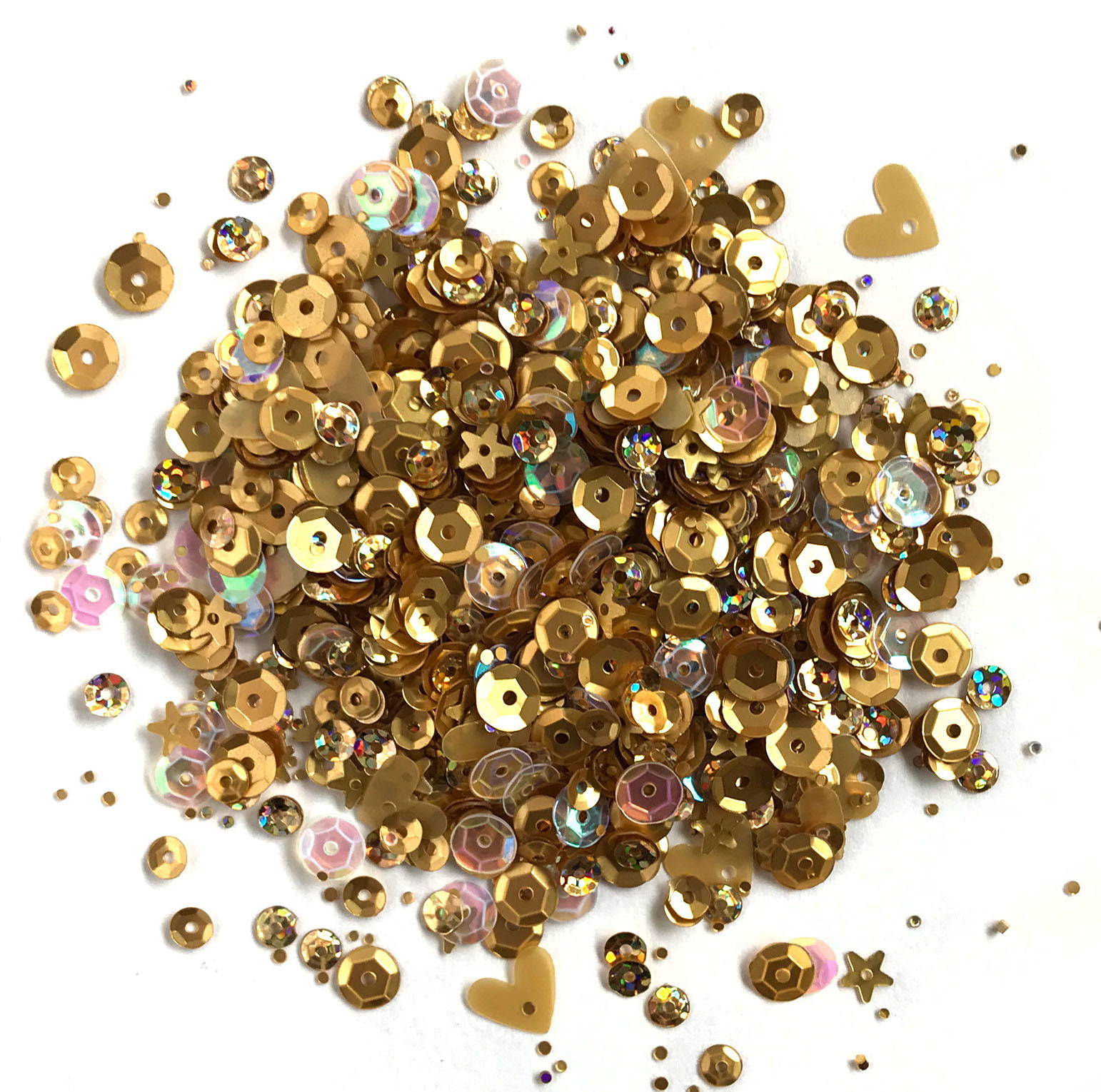 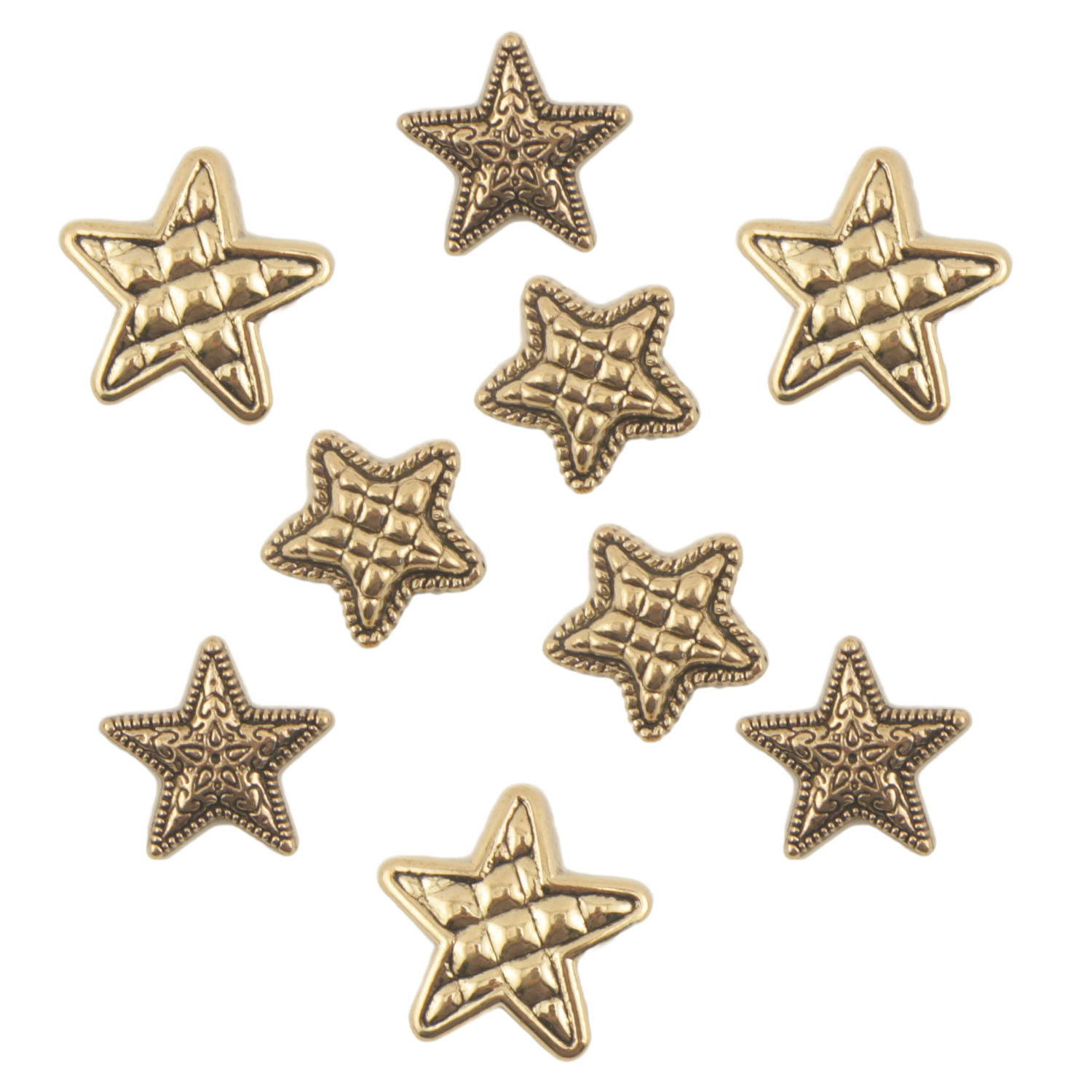 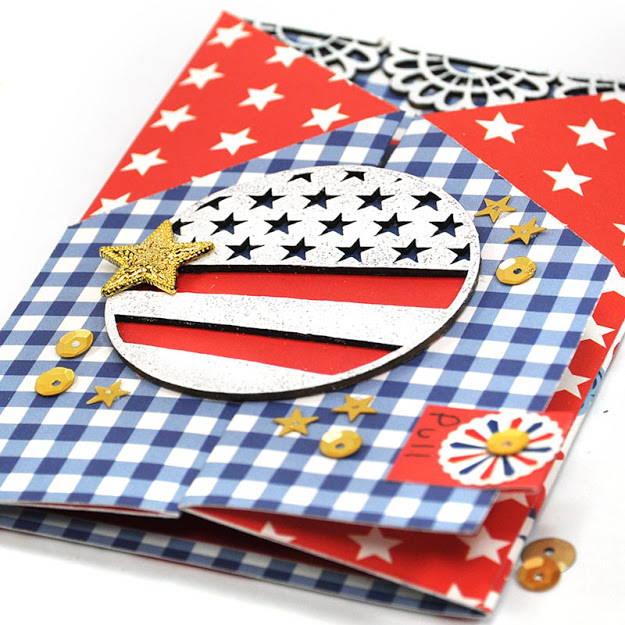 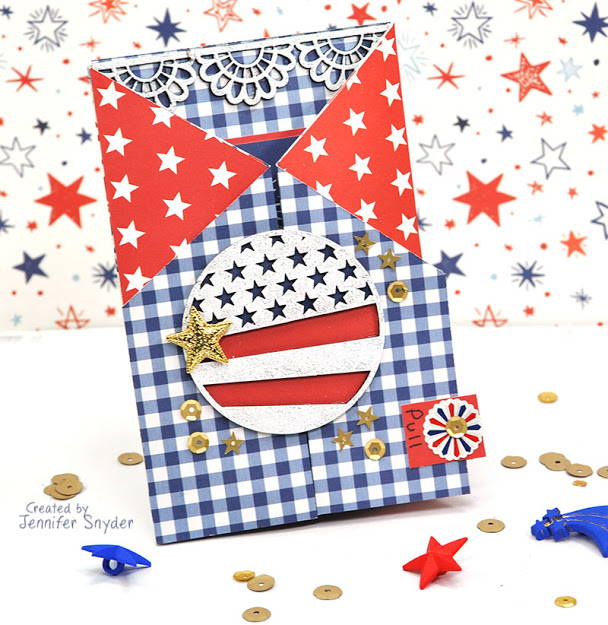 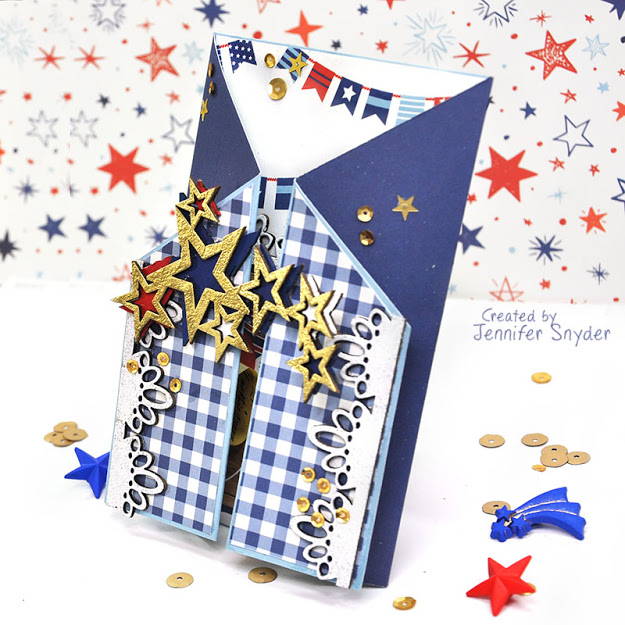 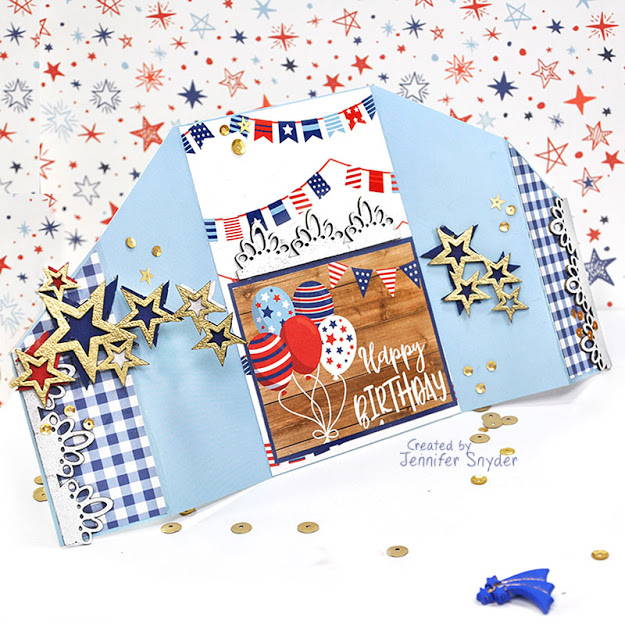 Let customers speak for us

Awesome embellishment. Great to use in shaker cards

Very pretty can’t wait to use them

I love the valentine pack, it has a bit of everything I could want! Different shades or pink and red buttons, it's so pretty!